Picking up Peter Knight’s Gigspanner’s “The Wife of Urban Law” you might think that the soul of this disc is wrapped up warm in a coat of high reputation. Like a naughty child with a spoon of sugar, the character of sweetness must be coated on the tongue of every person whose ever heard of Peter Knight as they will make the assumption that there will be fiddle and it will be as luscious as condensed milk… and you would be right. But fiddle alone does not necessary dictate the character of an album and here the excellent efforts of Roger Flack (Guitar/Bass/Vocals), and Sacha Trochet (Percussion, Bass, Vocals) also contribute to the full flavor that rests within this metal disc.

The album is quite distinctive in appearance. With some of the brightest colours and blend of photography and artwork, it is somehow spectral without being one iota dismal or dark. A bit like a hybrid of the “found footage” technique of films and a hyper-fantasy style, the album cover is both powerfully real and imaginary. It is beautiful and eerie and brings to mind the incredible cinematography of James Hawkinson (Hannibal) with it’s accomplished modern style. Credit to all involved Tim Marris, Kate Stretton (artwork) and Captblack76 (123rf.com photography) this is a fine piece of design. 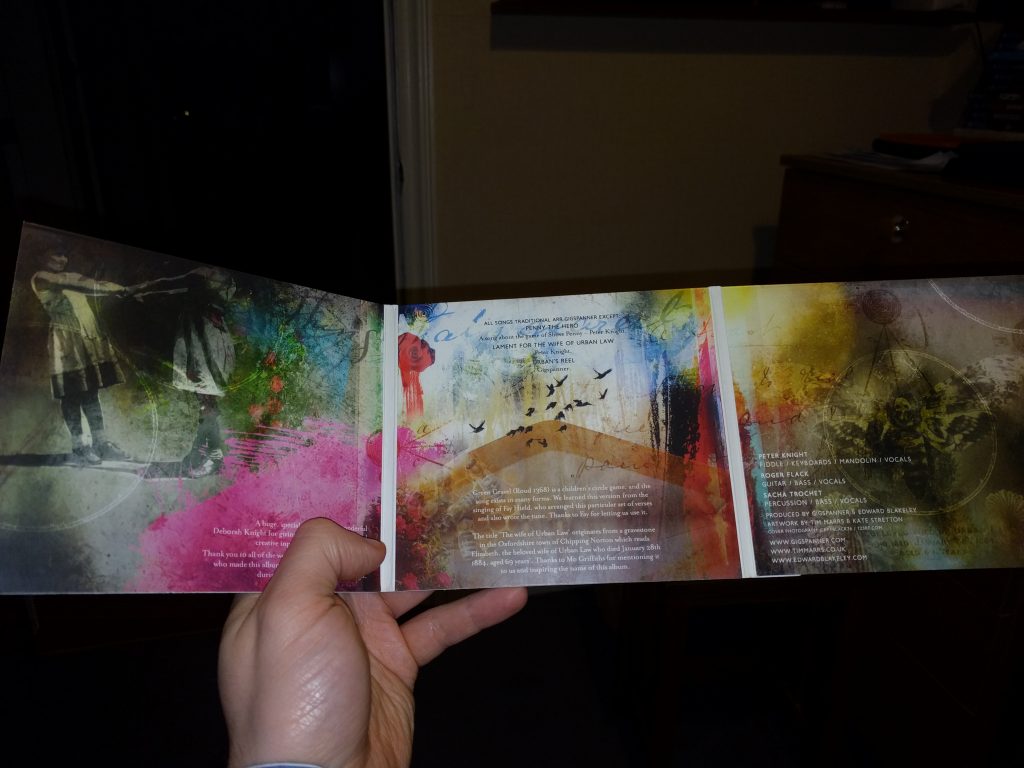 In fact track 4, “Lament for the Wife of Urban Law” conceptually and in delivery matches the artwork aesthetic faultlessly. Ethereal and stirring the instruments are almost shred the heart and soul and leave sadness out in plain sight. An instrumental that aims high and delivers higher, playing this late at night with the lights out might make you think that the dark has a character manifest. Executed wonderfully, it is our favourite track on the disc.

The whole work could be considered a bit of a “best of” classic folk tunes recognizable to anyone whose walked into a gathering of people cheering for murder ballads and felt a kinship,  but what makes Gigspanner’s  album particularly good is the manner in which it is presented.  The album displays some interesting diversions along the ways, it is sprinkled with an exotic arrangement that gives the whole thing a kick. The drumming is golden turmeric, a scattering of spice and the venture in full is like a bunch of English Folk Songs who have gone on an expedition in their youth and come back older and wiser with a bunch of tattoos and stories about close run-ins with crocodiles and other wild beasts. It is all the better for it, there are many sonic layers that are incredibly pleasing, the mixing is top notch and the CD is evidence of seasoned minds at good work. 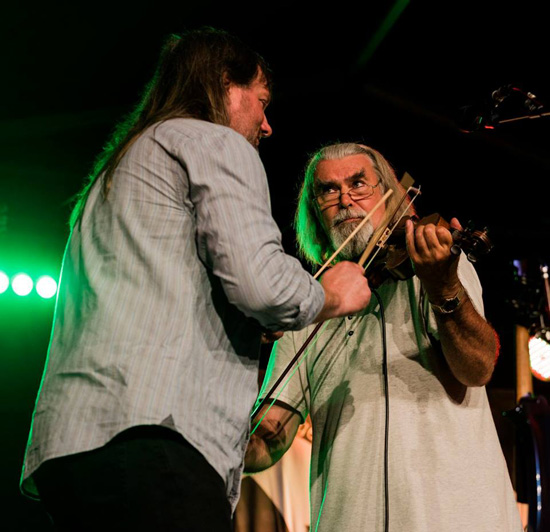 Their version of “Green Gravel” reflects the dark origins and subtext of the children’s playground game quite well. Through the bass and percussion that thumps it marches alongside exploratory strings and we get a rather sad affair that brings the urban to stories of the countryside and graves.  Knight’s voice captures a weariness and futility rather than outright doom but along with the harmonies provides more levity than you might initially think a song such as this could have.

“Bold Riley” is a like a proud pony clopping on the cobbled street. As with all of the well-known folk songs on this album, Gigspanner bring something different to the song. In the middle, Gigspanner bring an urgent and pressing fiddle (perhaps this is a pony who has bolted) that warns of ill tidings. Maybe it is the tumultuous storm at sea or possibly the anxiety of the sailor’s wives at looking their best for “White Stocking Day”, either way it adds a great deal. Coming back to the cinema imagery, this instrumental middle (and others on the disc) add a certain touch of class a bit like the “Gongman”at the beginning of a film you know is going to be some epic, biblical Charlton Heston affair. 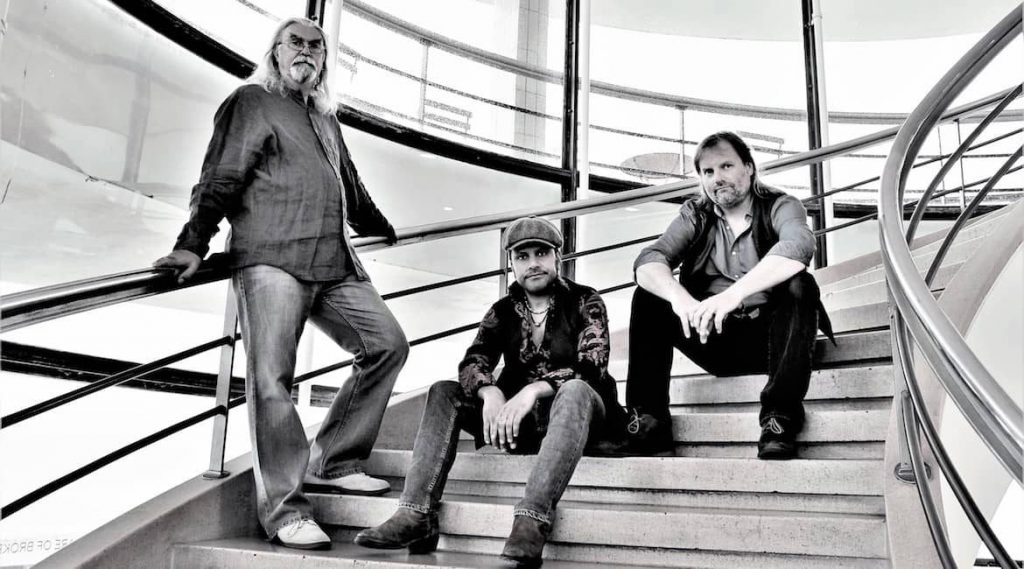 “Penny the Hero”, a newer track (renamed and continued from the Steeleye Span version “Seagulls”) is as the name suggests a feathery, floating number that charts a kind of love-hate relationship with the game of “shove penny.” The mandolin is clear and fast, the acoustic mastery on the number is second to none; it is a joyful addition to proceedings.

There is plenty more to enjoy on Gigspanner’s latest entry, it would a shame to spoil it for you. “The Wife of Urban Law” is a fine collection and a playbook in how to reinterpret, deeply understand and make one’s mark on a body of familiar folk songs.

If you wish to buy the album or find out more; check out the bands page, http://www.gigspanner.com/shop.html

Here is a sample for any who are still unbelievers.