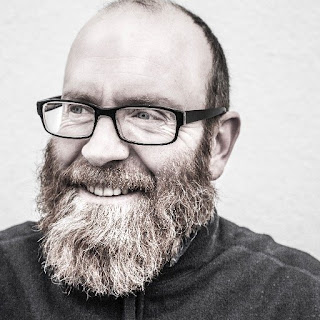 I don’t often venture into Americana I regret to inform.

There are some of the old tracks that get the mind going and capture a time and place though, so now and then I will pop my head in and see what is happening when Twitter shows me an interesting video or an artist has does something else with the genre to get my attention; and those are the times I wish I listened to a bit more. Edd Donovan goes a long way to prove this notion to myself as he takes indie-folk and Americana and makes it his own. I had not heard of the artist so I was intrigued to find out about him. 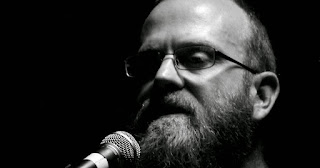 Edd Donovan is a singer-songwriter and this is Edd’s second album. His first album “Something to Take the Edge off” did make a splash, at least enough to allow him to tour quite a lot with the band and individually, and to be recognised by the The Guardian newspaper. A distinctive point in which he has been recognised and identified is by a fact that he shares with myself: we are both social workers. This piques my interest as in his day-to-day work I am presuming he sees and hears a lot of interesting things (like I do myself) and this throws down the gauntlet to Edd to see how these things are worked into his album, and whether he has found a clever way to use these unique and often precious observations of people; it is these things after all that will set him and his band apart from other stuff that is out there. “Making Mountains” does actually paint a wide-range of experiences into it’s construction which can be owed to Edd inhabiting the mindspace of people in love, people in search of meaning and people grieving. As a collection of songs there is a feeling of a first-hand account of these details that has helped to layer the album with a kind of spirituality that is rooted in it’s acoustic warmth.

I have heard of artists (and other Eds) who circle the chart scene while it has it’s on-off relationship with acoustic music, and some can make an excellent living from it but I get turned off by some pop-acoustic music that is separated from history, social justice or personal feeling that is anything different to the search for teenage identity. For me this could be the quality of writing or it could just be that I’m getting old and not requiring young men to describe my feelings of angst and love anymore. “Making Mountains” isn’t this kind of disc making this kind of advice. It is youthful, but youthful in a wise way, capturing a young mindset within an older body, perhaps one which is more succinct at describing it’s feelings from the passage of time while not missing it’s initial, budding charm. It’s energetic in a ginger ale drink way, the vocals are light like bubbles crackling and moving through a sharper liquid of emotive constructed lyrics. There are a number of tracks on the album that illustrate this quite well, but the joy in Donovan and band is that when you become comfortable with some of their sounds, they will turn the whole thing on it’s head and graciously surprise. 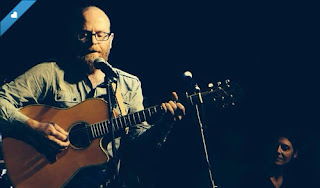 “Dog’s don’t bite” is a spring-stepped start to the album. It has some persistent and solid drumming and a lightly haunting violin which adds a bittersweet companion to Edd’s affective, gliding vocals, “I want to go where the dogs don’t bite”. It builds up nicely and manages to wind a thread of joy and desperation into a track that takes the listener to the late Summer of a relationship. The subject seems to want to be with their significant other while the shadow of rejection creeps over the sun, “I’ve got nothing better to do than wait for you.” Later on, “Who will Show Us” likewise muses on the moment, wondering what is in it and what is just around the corner. It is the most galloping of tracks with a person who is waiting, possibly on the cusp of something great but unsure what this current time is about, “I’m waiting for something to happen.. I spend all my time smiling and laughing.” It is almost existential as the singer searches for meanings in the gestures and the possibilities in free choice, and is a highly melodic addition to the album.

“Talking Jesus” has a fresh, chiming vocal harmony backed by a poetic, soulful set of lyrics that sear in their originality, “my engine’s burning hotter than a heart attack.” It also quite visceral in it’s descriptions of “razor” blades and “cocaine” as it feels like it is describing a hedonism at it’s height like Jordan Belfort transplanted into the Americana of the Wild West. There is a mood of the singer seeking God and meaning within miles of dusty brutality, it is stirringly shocking and evocative. Much of the earlier tracks on the album are cited the most by media, but “Talking Jesus” for myself is the indicator of a tipping point towards the more interesting tracks on the album. 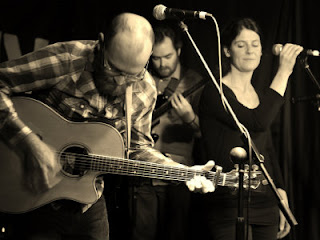 “Pink Belly” is a greatly rebellious track. I have up to this point characterised Edd Donovan as a mostly cheerful character, but with this track’s double bass, skulking guitar and almost prophesying voice we move to a more deconstructing and discontenting song,”the human race is failing and their systems don’t work.” The track has the character and feel of “One Step Beyond” and Madness, it is very two-tone and it’s appearance on the album is revealed suddenly and gleefully like the identity of Scooby Doo’s villain of the week. It is a major surprise on the album which speaks volumes of the artist’s versatility, and a firm favourite with myself.

Edd’s pellucid singing voice shines throughout bringing a deceptively idiosyncratic album into the mix which rather than sitting in it’s wicker chair of Americana prefers to perch on the edge, comfortable where it is but with it’s focus all around for inspiration. It is a characterful album which is quite distinctive in it’s phenomenological lyrics, song and instrumentation that blend into discrete experiences that reward re-listening. It is for this reason it has taken me a little while since release to begin to think about it’s intricacies and messages and in a good way, I think I’ll be at it a little while longer.

It is a nicely diverse album with some good composition, thoughtful songs, and accomplished musicianship that brings a lot to the table and leaves you sitting there fulfilled but wanting to know what all the ingredients are.

It is certainly worth a look before Edd Donovan looks to the second volume and brings his lightness of touch and sincerity to a further work.

Check out a sample below:

Edd Donovan and the Wandering Moles are currently on their “Making Mountains” tour and has just been at Wychwood Festival. Details of upcoming festival appearances can be seen here, where you can also sign up for their newsletter.

If you want to get their album, go straight to the bandcamp page here and support them directly.