Some emotionally grey, but not dismal tones as Yorkshire local Andy Whitehouse launches his thoughtful solo piece in Sheffield.

The Heeley Institute is a like a small crab, delicate yet intricate and versatile with a beauty in it’s design.

It isn’t the largest space but it has hosted some of the biggest acts. Recent winners of the Radio 2 Folk Awards, “The Furrow Collective” performed there last year (I luckily managed to get tickets for this) so it’s not just me who finds the place magical. You can’t get much more intimate, it’s like a pub but without the potential for loud interlopers during the set (definitely a bugbear of mine). Put simply, the Heeley Institute is a rather special place and while it is home for the night for big artists, it is also a venue for local musicians. On this night in March it is the launching pad for Andy Whitehouse’s solo album “Almost Home” alongside some supporting acts.

Residing in Sheffield Whitehouse usually plays in the band “The Silver Darlings” with a jazz rock and blues edge. Going solo, his sound has changed a little. It is moving a bit more towards the  sullen than it might have done before and while doing it, it still  retains it’s introspective angle that characterises “The Silver Darlings”. Like black silk moving across a dressmaker’s table, the songs roll through the sewing machine of music as the artist negotiating the edges of genre, creating stitches in the leathery Blues of the album. Not bright and cheery in the everyday sense it is a moody set that invites comment and reflection; if this appeals to your sensibilities then the music from the whole event will be right up your street .

On the night, Andy Whitehouse is joined for the festivities by a couple of support acts: the pretty dark Richard Neuberg and a fairly new, acoustic duo Mike & David.

Mike & David bring an early bit sensationalism and cabaret to the evening kicking things off. Playing a few tracks to get the crowd going there were some joys to be heard. The pinnacle is a rather delicious cover of Pete Burns’ “You Spin Me Round (Like a Record).” One cannot really argue with a great stage presence and more sass than a sarsaparilla smoothie. As a cobra ready to strike, you get the feeling that there is some untapped potential here, a duo with more places to go. Richard Neuberg was less of a cabaret motorshow and more a lone bounty hunter doing laps around an inky, dangerous pit. Dark clouds descended as he sang, his words almost slow clap to the man in black himself. Some great songs ensued like the swirling “Summertime” and it’s grim words, “what we burn we betray” and the chasing, affecting guitar and song of “Gold in the River.” There is more that can be said, but check out his website and have a listen to his work (here). At this point the seeds of melancholy have been cast and the grim rider has mounted his steed as Andy Whitehouse launches into his album.

“Almost Home” starts and ends with the sound and feeling of travel; it’s opening track looks inwardly and folkily to the nearby places of Yorkshire with “The Daleman’s Litany.” Previously tackled within the genre by Tim Hart & Maddy Prior, Christy Moore, and Roy Bailey to name just a few, Andy Whitehouse’s version can be described as being despondent, downtrodden and pained in feeling. Throughout the song there is a kind of chamber harmony, bringing a spiritual dimension to the song and making the man who has seen and done many things more of a living pilgrim than anything else. There is a feeling of weariness too; the guitar has the odd scratchiness to it and the song feels a bit detached like that the floating feeling of sleep from the lorry driver speeding through long roads of neon lights. Whitehouse lists the well known Yorkshire towns of the song “Hull”, “Halifax”, and “Keighley” to name a few with him being like the “eternal wanderer” who is never at peace. Some good exploration and it’s own stamp of identity, Andy’s first track is a banner for tracks to come.

If “The Daleman’s Litany is broad and spiritual “Beauty Before Darkness” is like a mirror ball that casts light and shadow on a relationship. Whitehouse wrestles with the starkness of the song. displaying shades of grief and angst throughout the lyrics. It could be the notion of love between troubled people, it also be the finality of one’s own life; Whitehouse’s delivery allows the audience judgement. It takes its time savouring the storm. With it’s waves of emotion from Whitehouse’s delicate vocals combined with the dark night mood guitar we get a poignant number with sad undertones, “Love is like a sunset, it’s beauty before darkness.” One of my favourites on the disc, a good second track and an enticing number, with it’s inner eye working overtime. 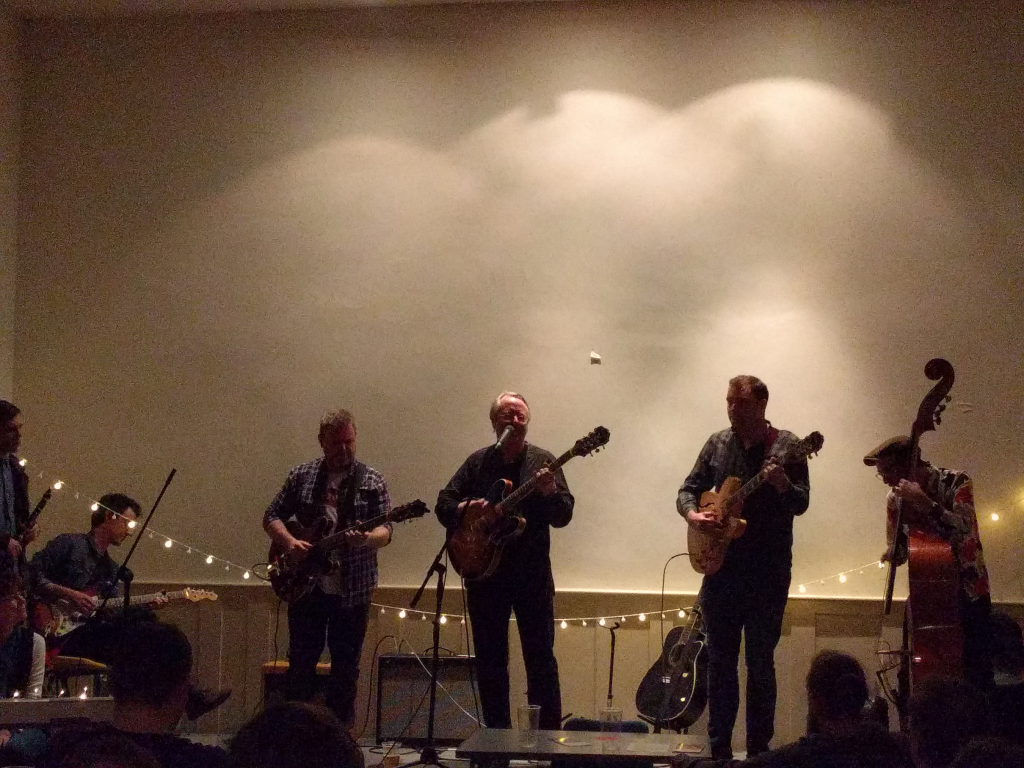 “Cherry Blossom” also has quite a bit of charm being is an off-beat song with bass and light touches of percussion that sound like the dropping of crystals. Much like “Beauty Before Darkness” it is laced  with possible undertones. This one is like a song of addiction calling of loves past, occupying a kind of space between the waking world, the world of memories and the one of dreams. “as the sun comes up again, nothing soothes the pain.” If it isn’t obvious Whitehouse’s album and performance seems to call from quite a macabre and sulking place deep in a the middle of a goth gathering; though it never feels like posturing of for it’s own sake and there aren’t any elements of pretension. If it just a good fit of mood to lyrics. The sweet spin of brown sugar as it is swallowed by a frothy coffee I love the austere edge of the song, the deliberateness of the performance and places that Andy reaches for.

There is a brief interlude with “Jessica Faith” as a lighter instrumental and “Like the tide” has some more joyous moments too. “Almost Home”, on the other hand is like a late night drive over Sheffield’s local snake pass with the fog rolling in. Guitars harass from all angles and the darkness creeps in, the guitars work really well on this track; something about the whole sound, the atmosphere gives a shiver of timelessness, of thought melting into the road and dead of night. An extremely, evocative track it is the mind racing to the unknown wilderness, the sharp noire and stillness that you find in Murakami’s “After Dark”novel. Great, I love it.

If there are similarities between this and Whitehouse’s work in “The Silver Darlings” it is the joy for the blurry edges of genres and the murkiness of some of the songs. It is a blue splashing of paint blending into obsidian, a delightfully inner world being dragged out of the depths of the mind. It is not the album for those that prefer their world-view through the lens of a rainbow and sunshine, it instead it hangs out with Reece Shearsmith in the woods with a blues guitar and a sense of parnioa. Check it out if this sounds like your kind of thing, “Almost Home” is available on Amazon (here) as well as Bandcamp (here) for purchase.