Somewhere between a smoky jazz outfit and a blues brass extravaganza, “Steamchicken” are a group who set out to entertain, and do so in spades. Much like the wise, old traveller from a Western or the steely glare of a a wizened sensei in a martial arts movie, it feels very much like the band has seen and experienced a lot; their music reflects a fusion of life experiences, musical history and stage presence. As a result it’s very hard to dislike the work they are doing here and there is a lot of widespread appeal. Comprised of a huge roster (or is that rooster?) Ted Crum (Harmonica, Bass, Melodeon), Andrew Sharpe (Piano), Joe Crum (Percussion), Mandy Sutton (Tenor Sax), Becky Eden-Green (Alto Sax, Bass), Katy Oliver (Trumpet), Matt Crum (Soprano Sax, Melodeon) and Amy Kakoura (Vocals) it is clear there is a large brass influence to the mix, (which I love to bits). It also means that there should a bit of instrumentation for everyone (though maybe not shruti box enthusiasts). The addition of Amy Kakoura’s voice is like the aroma of flowers in a beautiful display collection that draws the crowd in and fitting along the steely harmonica and chasing piano quite nicely.

It is always a pleasure to see the chickens in action, and on this day they certainly were poultry with a purpose. “Steamchicken” come to the Bury Met to perform in the smaller space at the venue; not quite the scene from a New Orleans club basement (the seats are too comfy for example) but certainly an event and show with energy, pizzazz and a rather enviable lineup of songs to influence and entertain. It is an intimate space and like the friend you knew at school that smoked menthol cigarettes in the rain, it is rather a cool companion to the larger concert room upstairs; it felt like hanging out in the world’s best basement conversion with friends as you set the worlds to rights. On this day it was the album launch for their latest collection called, “Look Both Ways”, sensible advice for chickens and humans alike. 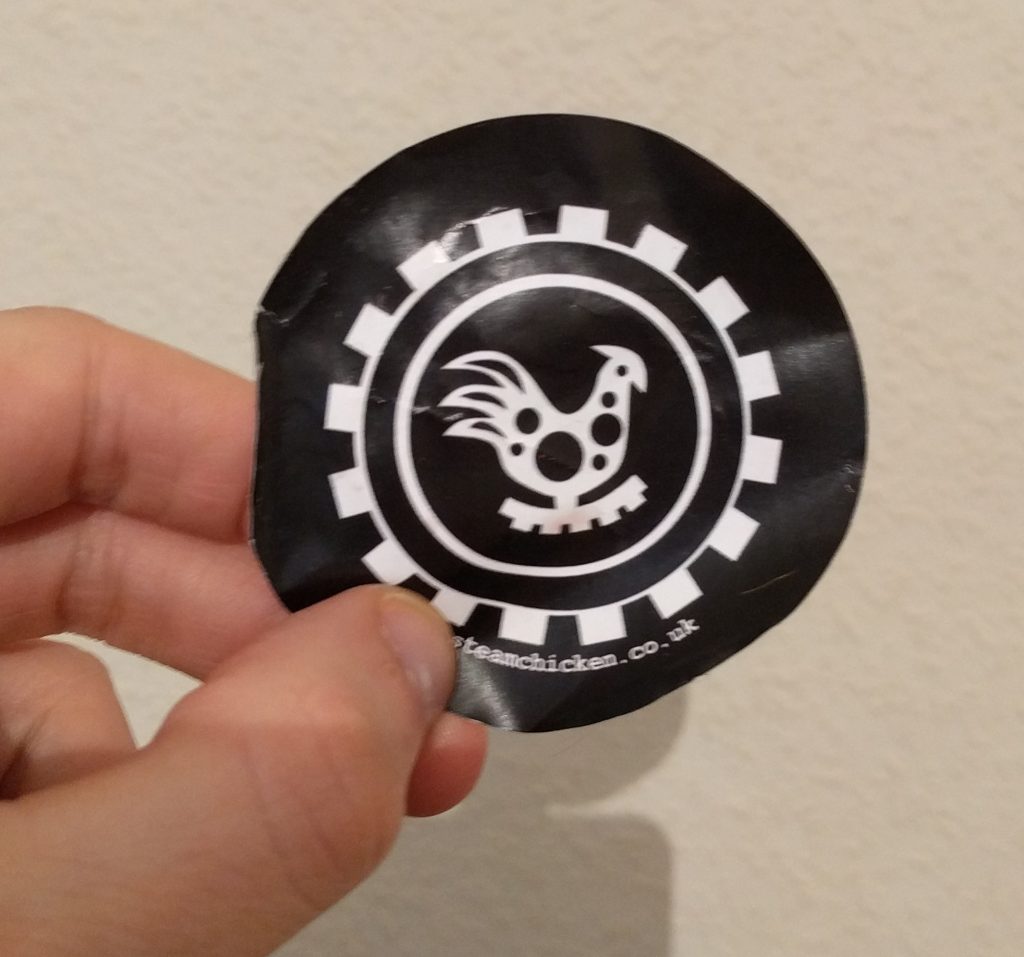 One of the joys with the group is that they tread not too softly upon a number of genres and gladly share in the fun with the audience. On entry to the gig, Steamchicken gave out a number of stickers (some were left pointing, others right pointing). This was not obviously apparent but whichever way you pointed (ooh err) had a bearing on how you participated in one of the songs, either as the train klaxon or some wheels rollin’ on down the track. Lets say I rolled alongside a lot of others, fun was had all round and we certainly were getting somewhere. From their years doing ceilidh and previous band reforging with Amy Kakoura, they are definitely ploughing ahead. It was a fun show, it really doesn’t take an over imagination to work out that they would fit well at a number of folk festivals. What of the music they played on the evening?

Their songs ranged from folkier numbers to full blown blues and jazz, an instrumental number and doses of the musical influences for ska. Whilst showcasing some tracks from the new album there were some numbers drawn from the band’s previous works too. Of the folkier stuff they tackle there is the folk classic “The Oak and the Ash” with some wonderfully sad piano with a voice like an expressive vine wrapped around a tree, a tightening and heart tugging presentation. From the new album, “Big Tin Horn” is a further example of them working with a sound that crosses genres. Somewhat a folk shanty, somewhat swing and also ska/jazz backing it reminds just how fun music can be. Like the friend who is centre of attention at a gathering who also drags up the mood, the energy; it is 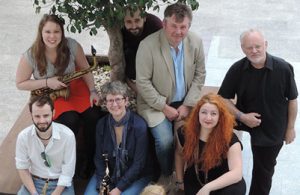 breathless, the gentle breeze and sun of Spring. The brass takes on a life of it’s own and the nautical interludes are truly exquisite, “dance to the rhythm of the marching band, dance to the coming of the dawn” (probably my favourite track from the new album). “Mary and the Soldier” was another track from the new album, one of most expressively old-world numbers sounding like it is running through a forest of expressive accordion and deep, longing song (a song Dylan and others had recorded in the past). The most committed song to the idea of folk on the album, it is folky jazz at it’s best; if they were children stealing biscuits from the biscuit barrel they would leave no trace, likewise here folk is combined with their jazz instrument leanings in a seamless way.

Another track  “Jericho” is something else altogether though exactly as you would imagine with a hallowed call, soulful wall shattering melody from the brass and Old Testament name dropping, “Joshua”, “King Saul” and all the other big names from the time and place. War-like in tempo it is the heavy cavalry within a medieval army, especially so as other artists with songs that call upon this event from the Bible (K.D. Lang, Hilary Duff, Kelly Oliver just for starters) take either a more oblique, saccharine or personal narrative approach to the imagery (in that order). Steamchicken’s take was kind of “in your face”, a confident cousin telling you to take the risk to swing across a stream on a rope or the artillery firing in a Napoleonic regiment. “Western Approaches” remains a favourite, transplanting you from the certainty of things to a storm brewing on the open sea and the quickening of pace. Starting in a swing fashion, the drums call out the certainty and ebbing of the sea; then as it progresses the band blows left and the band blows right, as it takes off and picks up pace. It certainly brings the adventure of sailing forward and revels in the joys and fears of this ancient pastime and trade.

The band have put in a scattering of covers to their new album, they all fit remarkably well though and their spin on things are always interesting and add something to the track. “When I get Low, I get High” is a streetwise, urban rumble of a song, a mindful cover to include on the new album. Though a cover of a 30’s track, it does do it’s own thing and their performance showed a smoldering Amy Kakoura. It is high kicking, it growls and pounds the burning sidewalks with it’s presence, and whilst it isn’t Ella Fitzgerald’s signature bite, Kakoura’s voice reaches around and brings a class of it’s own, “My man walked out, now you know that ain’t right, well he’d better watch out if I meet him tonight.” If you wanted a snapshot of Kakoura’s versatility in soulful voice, this might be the track that you go to first. Quite possibly a monumental influence for the band name, “Ain’t Nobody here but us Chickens” is one their finishers, a swing mainstay of a song and an indicator of their vintage soul their cover is up there with the best (and their chicken impression is one of the best I’ve ever heard).

A fun evening for all really. There are always several head nods to yesteryear but the band themselves carry a fresh, vibrant strength of voice and backing. There is a lot of variety here, a very good fit in musicians and throughout the set several “spotlight” moments where an “old time” glamour is presented on stage and you lose a little sense of the present. A great venue, a great band, a great night (for everyone).