Merry Hell are certainly putting their hours in. There are a working band with new disc “Bloodlines” coming out within two years since their last album, “The Ghost in Our House” (2015). They are in the middle of an exceptionally busy looking tour schedule too (with dates being filled up to next August).

Consisting of brothers Andrew (vocals), John (guitar) and Bob (mandolin, bouzouki) with Virginia Kettle (vocals), Nick Davies (bass), Lee Goulding (keyboards), Neil McCartney (fiddle), and Andy Jones (drums) they continue their musical odyssey. This time they rally around the artery of politics, a blood system that courses throughout their folk-rock sound both in name and attitude. On previous musical dashes of theirs you can find tracks such as “No Money”, “Old Soldier” and “Pillar Of Society” that do this already by considering politics in one form or another, but unlike previous albums “Bloodlines” particularly feels like it has been conceived as an outlet for collective unrest in British society.

I say “outlet” rather than spear because there is a certain amount of melodic encouragement and lighter relief to Merry Hell’s sound that cushions this jagged edge of direct protest. It is not a folk album widely influenced by the punk tradition after all though much of the feel depends on the songwriter of each song in question. The male Kettles’ songs are slightly brasher with mental images of steel and industry and farm materials, a direct blow to society’s alloy. Virginia’s lyrics seem instead more like a forest canopy with meanings that dance beneath it’s surface. When combined the overall property of gentle defiance emerges as the intermediate. Whether a song fits into one of these, or to the other band-members songwriting credits; the delivery of the lyrics is generally bouncy, accompanied by a toasty warm bass and a grassy lawn fiddle. Despite the material being split into either being heavily action or contemplation, there is an overarching feel of conciliation and trust in others that forms the shale base. 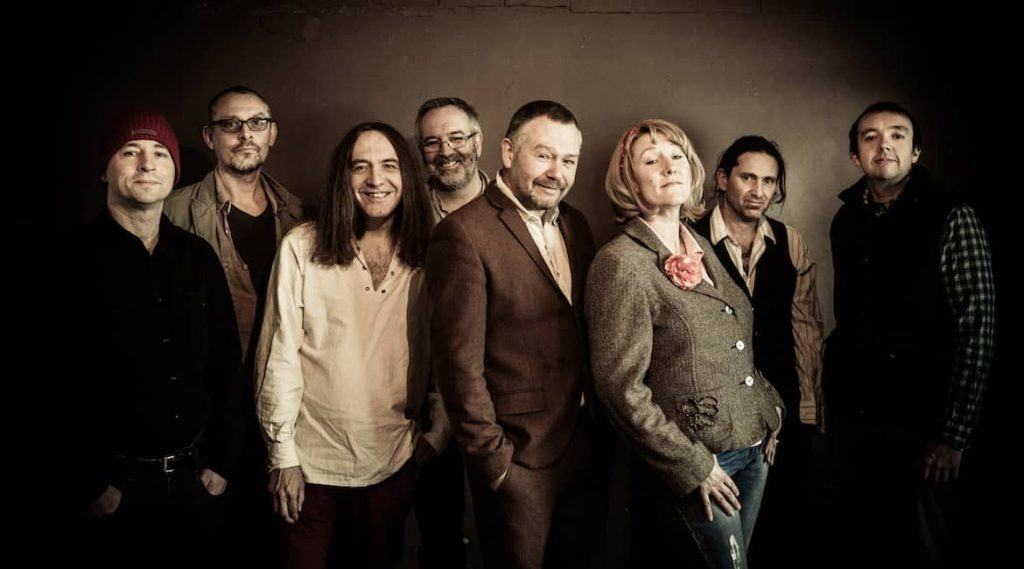 1. We Need Each Other Now

5. All the Bright Blossoms

8. Sailing Too Close to the Wind

In the opening track, “We need each other now” there is an unambiguous call to action in it’s words, “as borders crumble land and sea, bored with ideology, the skinhead and the refugee, you need each other now.” Along with “Come on England!” it looks to society to act together through the lens of change in response to the barriers of modernity. For the most part it settles on describing political structures and how they affect our personal liberties. If the album had been written later on this year (especially with the US election results) I do wonder if it’s fruit would be less sweet given what feels like a further shift in the political landscape, but these thoughts are largely academic.

“Come on England!” is a great track and does it while talking about “bluebells”, “teacups”, and “dandelions” which in fairness works well to balance with the other darker lyrics about “robbers” and “racists.” Those with a streak of patriotism will really like this song; in the engine that is  “Bloodlines”, “Come on England!” is the protest fuel that burns at the highest grade. This musical direction is a hallmark of Merry Hell’s work and in a way reminds of Show of Hands musical explorations. Merry Hell is more playful and optimistic though, “Bloodlines” is not a savage hound going for the throat, it is a St Bernard taking aid to the parched explorer. 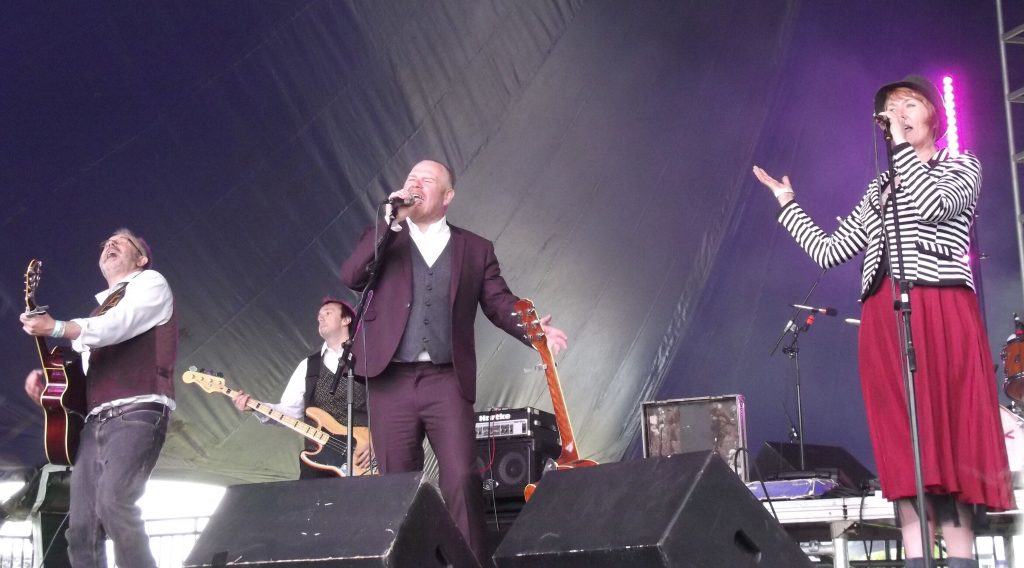 “When we are old” is a delightfully fervent turn from Virginia Kettle taking the reins of main vocals. Swaying like a treasured swing it is a song of commitment and love, possibly a love letter to her husband; it certainly seems likely. Though it might feel that “Bloodlines” has fewer tracks of this type then Merry Hell might ordinarily go for (I do slightly lament the omission of tracks more like “The Baker’s Daughter”) it makes sense that they do not want to dilute their message too much. The album makes up for this with it’s consistent, considered, poetic lyrics such as, “the days empty and wide, we can watch all the seasons unfold, when we are old.” Deeply personal, carefully written and with some nice backing strings it does what it sets out to do. In result it becomes a possible wedding number for a folk fan (not for me, though I’d like to I suspect my other half would prefer the Human League).

“Over the Wall” is a very good song indeed. Full of fun it doesn’t just tell a story, it practically acts it out with props and stage notes. It starts as a serious, pondering reflection (how you might imagine a musical “Man in the Iron Mask”) surrounded by snippets of goth and new romantic influences  as it describes the “festering darkness” of the prison cell. It then gleefully sprints as the rhythm changes and McCartney’s fiddle begins to dance like the eight legs of Sleipnir. Andrew Kettle goes for range with his voice (and succeeds as he has demonstrated many times), the drums rattle and all the elements come together including Virginia Kettle’s urgent dissent in vocal harmony. Like a novel it turns, gathers speed and slows in sadness a dizzying number of times. It is an example of fearless delivery, brave timing choices and a wonderful historical setting making this the stand out track on the album without dispute.

Some other tracks to listen to intently include “Sailing too close to the wind” (whose intro brings salty memory of “The Tide is High”), “Stand Down” (a slight bouzouki blizzard), and the wide-reaching title track of “Bloodlines”, which like much of the band’s music is affecting and dulcet. The track  I did not feel much for was “Chasing the Bluebird.” Though nice in arrangement, and fragile in delivery it struggles to hold my attention with it’s lyrics. A minor niggle on an album that largely delivers with fun and heart (especially on the last track, “Sweet Oblivion”).

Quite political it is a human album that will speak to fans and newcomers alike being well produced and as full of anthems as ever.
Generous in spirit Merry Hell deliver an energetic set of tracks with an optimistic view on people and collective power.
If you love politics, a good melody and a thoughtful lyric or two, this album is for you.

If you would like to purchase the album, please go here in the first instance (£12 including postage).