I am happy on this Wednesday in November…. I am in Manchester.
Christmas stalls are up, but it is not that seasonal treat that interests me. It is instead the chance to catch a music group, a well-established roots band that is characterised by many years of playing and writing. I am talking of course about Show of Hands, who on this cold night are taking the stage at the Royal Northern College of Music. They aren’t alone though.

Joining them is Megan Henwood. Megan is a singer-songwriter with her second album “Heart, Head, Hands” (in 2015) under her belt but she is also well known for her collaboration with the cherished Jackie Oates on the EP “Wings” that came out in July 2016. She has also won the BBC Radio 2 Young Folk Award with her brother, performed at the Cambridge Folk Festival, and Glastonbury Festival in 2010, and on this night she opens for Show of Hands with a 30 minute set.

With the energy of an auburn pioneer and with hints of self-deprecation thrown into her set, she is a true joy to watch.

She also plays some great folk with an added idiosyncrasy that she brings to a few songs with some unusual themes, “Painkiller” for example. Not the name of your migraine protection or some Scandinavian metal group, but rather a song about an Uncle who worked as a physiotherapist. Lightly paced and thoughtful with words she sings a mindful track. It is relatively simple words and arrangement, but it is understated and shows an obvious affection and respect for a person working in a field that is rarely covered by music at all. This positive observation on the good work and hearts of people gives it kudos alone, but she has a great voice too. 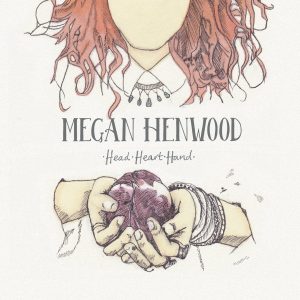 “Puppet and the songbird” is a more of a jumping, intense and cryptic number in comparison. With more baroque-style lyrics, “look what I have done, I have been directed by the moon and the sun” combined with a modern beat, and lightly rapping delivery it creates a great lyrical exploratory space. She is a more of a folky and jazzy Alanis Morrissette here with lyrics that lead you on stories with a personal but pretty oblique meaning. Winding a path and knowing the way, her music has an effect that like a muse, you want to get lost with it. Henwood then plays some other folk-rock and roots such as “The Dolly” and the mildly heart-stopping”Chemicals”, an apology for a breakup with someone due to molecular makeup.

Despite my ambivalence towards songs about breakups (they are hugely popular at the moment), there is something more substantial and special in “Chemicals”. It is something to do with the lyrics and her emotional delivery. Cracked and affected, it hits all the right notes and makes jolts your memories of awkward breakups. 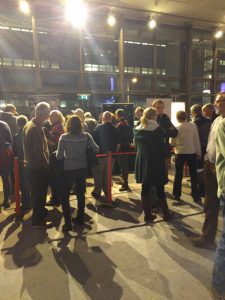 In the time she was opening for Show of Hands she got a great reception and no end of people queuing for her merchandise (including as she put it, “a tote bag with my face on it”). Like a mahogany supernova she is colourful and swirling; she crossed genres by touching on aspects of folk (and in some tracks a strong Americana influence), acoustic numbers and blues influences not unlike many other singer-songwriters. There is something different in her delivery, and the songs themselves don’t feel like commercial shells, there is something else there and she is willing to share it. I strongly recommend you to listen to her, a growing talent to watch out for. Then there is the interval and then Show of Hands, who are Show of Hands?

Show of Hands are a well known trio on the folk and root circuit, their current (and fairly established) line up are Steve Knightley, Phil Beer, and Miranda Sykes. They play a heavily rock and roots influenced sound; their musical experience together goes back to the 80’s with studio albums from the 90’s and 00’s so they have performed and written for quite a while. They have performed at the Royal Albert Hall numerous times, and all have been a part of some influential and recognisable folk bands (Phil Beer being in The Albion Band for example). Be it Phil Beer’s musical hand that turns to any number of music of instruments, Steve Knightly’s earthy, scholarly mind as vocalist and instrumentalist, or Miranda Sykes’ captivating voice and bass; there are many elements that bring richness to Show of Hands. The sound can only really be described as a musical broth that has had time for it’s natural flavours to harmonise. Steve and Phil’s brand of elevated and accomplished roots with a hard rock halo is truly enhanced by the addition of Miranda’s natural, confident and (relatively) recent addition as double bass player and harmony vocals. The set then begins. 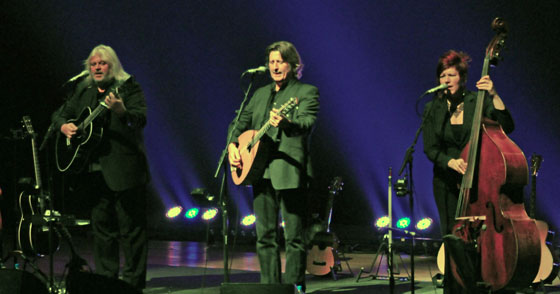 Appearing a bit like a monkish choir with dark silhouettes (a kind of medieval Dartmoor Bohemian Rhapsody) the trio bring a solemn sound to the beginning of the set. Unlike the Queen mega hit, it is a track celebrating and remembering the historical funeral processions of England past. “The Old Lych Way” (written by Chris Hoban) is one of my favourites of the night despite it’s earlier play and difference in tone to some later tracks. The subject of death is jokingly referred to by the band as a “cheerful” start to proceedings, but it captures the attention and is a good bridge from the support to main act. It’s inclusion in the setlist highlights a key part of Show of Hands’ sound, the concept of remembrance that flows through their body of work like a delta on the floodplain. Whatever influences they turn to in their material (and they do cove a few bases) it is undoubtedly there, and their performance brings out a passion and commitment to these ideals that we can see in the gig. 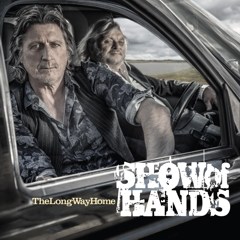 They also preview some of their newer tracks and some covers (that are both timely in nature and about time itself) such as a warming tribute to the recently passed Leonard Cohen with their version of “Suzanne”. Also in the mix is their version of “Time After Time” by Cyndi Lauper with some incredibly enthralling vocal harmonies, marching strings and a resolute lead voice from Knightley. I am glad they perform this cover, their performance ranks as one of the best 80’s ballad covers that I have heard, one that adds something through their trio of voices. One of Knightley’s new songs that is introduced is “Have no secrets” that is being showcased by Show of Hands on their YouTube channel. A frank piece of advice written from Steve Knightley to another man who is just getting married for what you should do including, “..no place to hide away, no treasure in a far away cave” seeks to  impart worldly experience to a guy stepping into a transition. I prefer this to the other track previewed, it speaks a little more to me and it’s words cover the uncertainty, the joy and the caution in the young man. The crowd give it a good reception too. 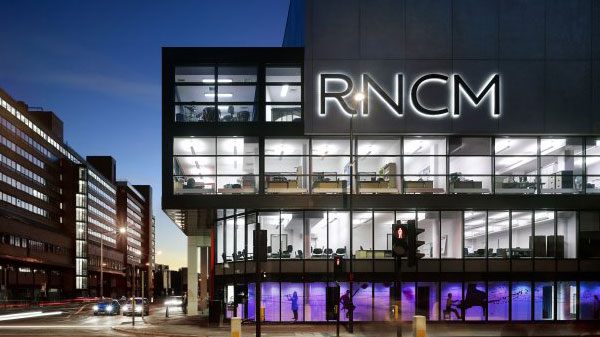 Not that the group needs it, but another boost to proceedings is the venue. The Royal Northern College at this point in my writing is probably the best venue I have been to to hear folk music of this type. The instruments sound sharp and powerful, the lyrics are distinct and crystal clear, and the sound mixing is nothing short of breathtaking, I suppose the University involvement and dedicated space to music make this a necessity. There is certainly a marriage of sorts going on and unlike two hippos flapping in a mud-pot, there is no murky sound to be heard anywhere. It lends especially well to their more bombastic, anthem numbers that the crowd are undoubtedly waiting for such as “Roots”, the well-known call for the preservation of English music, the working class uniting “Country Life”, and powerful anthem “Cousin Jack”. In this last track in particular there are powerful anthems from the band.

Knightley’s peppery sawdust voice, Beer’s rum and golden syrup vocals, and Sykes’ splashes of lemon, high notes come together amazingly. There is a rich, thumping baseline and exquisite mandolin in “Cousin Jack” too, the stand-out anthem from a gallery of likely contenders. The crowd join in, there is singing back, the chorus erupts, a guy in front of me practically squeals in happiness, it is all going very well. 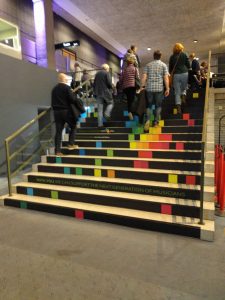 Would I recommend? Definitely, it is a show that entertains, which is melodic and friendly all round (something all the family can enjoy).

They are a band that is clearly influenced by history and their songs also talk about class and identity, the same stuff people of the 60’s, 80’s and today can relate to in their everyday lives. An earthy, accessible and well practised band they bring the joy in during these cold months. Megan Henwood likewise has a great acoustic presence and with her fascinating take on subjects in her songs she is a lively addition to the show. On stage they are all full of character and charm and their personalities are such that they can close the distance between the audience and stage to make the show and intimate one.
Check out your local venue they are playing at on their website and grab yourself a ticket, it is a great night.

Show of Hands are on tour. They are touring from “peak to fen” through to December including Portsmouth, Oxford and many others.
Check out their website here for details.

If you are unfamiliar with Show of Hands, check the videos below!Check out Show of Hands if you do not know their work below!