I recently had the pleasure of attending the single launch with The Silver Darlings, a Sheffield-based indie-folk group at The Heeley Institute (Sheffield) and was more than pleasantly surprised.

The Silver Darlings are part of Ankle Breka Records, a growing independent music record based in Sheffield that is headed by Paul Littlewood, an artist in his own right. Before the Silver Darlings took the stage, Paul struck out and started the evening with a blues-tinged, acoustic voice quickly created an attentive, interested audience for what was yet to come. Paul himself is soon due to release a track, “Fire and Rain” with Neil McSweeney. McSweeney, if you are not sure. is pretty high on the Sheffield pantheon of folk artists not least due to his continued support of the stalwart figure Richard Hawley and some other high profile appearances in and around the city (I saw him at HARC’s last charity concert in Sheffield Cathedral with Nancy Kerr, Fay Hield and others), so there was a feeling that Littlewood would be pretty good, and he was.

The main band played a warm set amongst the nautically themed space and whilst the band do not resemble their namesake (i.e. there is no passing resemblance to a herring in sight) there was everything else you might to come to expect such as a sea of candles in bottles, light-houses surrounded by shells and muted lighting… everything bar the sailing boat. It certainly looked the picture and set a good mood for the evening. Who are the Silver Darlings?

The Silver Darlings have changed line-ups a few times and now seem to be settling in stream and putting down some more solid roots. The band is made up of Andy Whitehouse (vocals), Lindsay Callaway (bass, backing vocals), Harry Corps (keyboard), Richard Master (lead guitar), Simon Joy (violin), and James Howe (drums and percussion). A good mix and the sight of a dedicated percussionist always brings a smile to my face whether it is drums of a box or anything, Simon Joy’s violin brought quite a bit to the show also. 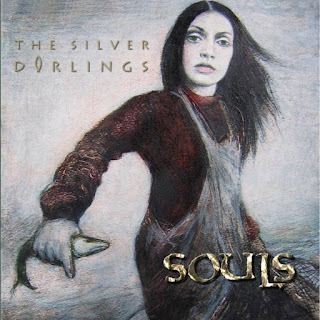 Prior to The Silver Darlings playing their new single, they played a some songs from their back catalogue such as “Pilgrims”, “Goldfish Girl” and “I’m Ready” from their 2011 album “Souls”. The songs that the Silver Darlings played covered quite a range like: jazz, folk, funk, and rock; it is all held together and works due to the song writing and ease at occupying this space between categories. “Goldfish Girl” is a a great jazz-infused, lovingly meandering and exploratory track. It floats in the air like the aforementioned subject’s attention and memories and plays nicely with the imagery throughout with the singer trying to “catch you in the little net.” It is a playful song for a playful band. Like loose fitting linen trousers in the heat of the Indian Summer, it is not everyone’s cup of tea, but few would complain that they didn’t make things cool. “Pilgrims” is a speedy and immediate number that thrusts you quite successfully into the varied, dizzying world travel, immigration and people trying to make connections with one another. “I’m ready” is like an indie-rock anthem with sincerity that uplifts, going for clarity and strength rather than the complexity of the previous songs but being positively memorable for it. It is safe to say that The Silver Darlings go for a catch-all approach with their music; it’s folk and rock influences familiar to an older crowd, but not inaccessible to newer audiences who enjoy the live music scene. 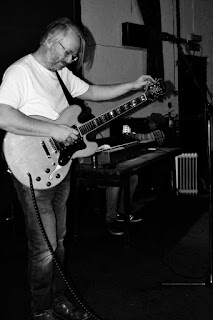 With the launch of “Watermark” we get a musing, folk-rock track that has the feeling of Spring due to it’s energy and movement. The track, much like the band occupies an interesting niche with it’s persistent and engaging guitars alongside lyrics with imagery (but ones that encourage gentle thought rather than the enigma of someone like Don Mclean). The song is (like many) about the complexity of love, describing love lost and love regained and has been reworked much like the relationship itself following a 27 year gap, with all the thoughts in between. In the song we get some nice turns of phrase such as, “And from time to time I blink and you’re gone, and it’s your face I focus on” and “she blazed down on me like the sun, the shadow lingers long after she’s gone,” it is all powerful symbolism. If the Silver Darlings were a pop-rock group they would not be a hundred leagues from REM, Andy’s voice is laid-back, but from the performance you can tell it is well-rehearsed and the band is clearly serious about entertaining, maybe he is a bit like Bill Bailey in his more serious musical moments or a more optimistic Ian Curtis. Perhaps it is the particular coupling of lyrics and rock, or maybe its the lighter backing vocals and harmonies of Lindsay Calloway that reminds me of the B-52’s Kate Pierson in “Shiny Happy People” that appeals, but nevertheless it is a merry number, for a merry band. The Silver Darlings feel like they are making a push in the live music scene, reminding us of music that rocks without dumbing down the core message, a group I would strongly recommend.