Blues rock that warms the senses for Spring and gets the room moving in an optimistic, light-hearted manner

In taking a mild diversion from things going on in my current home County (Yorkshire), the South West with it’s wonderful mysteries, and the cosmopolitan excitement of emerging folk around London, I have decided to go back to near where I grew up looking for new folk developments on my radar: the West Midlands to be precise.

Writing reviews began in the North for me so when an interesting opportunity came up to look at the music scene in the Midlands it was something a bit different, but that’s fine most people like a bit of variety. In this case the variety I sought was Robert Lane, a predominantly Blues/Rock/Singer-Songwriter with close ties to Birmingham, and strangely only the second detailed review I have really made about a male singer. 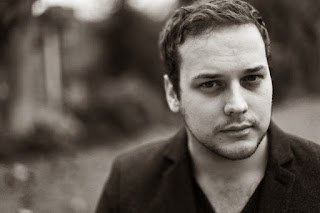 Robert Lane is a musician who since studying in nearby Wolverhampton has gone onward and outward spreading the message of his blues/folk music around quite far (Germany and Scotland as extreme examples) and alongside his other vocation as an actor has certainly been putting the hours in. He has appeared on several local BBC radio stations such as BBC Radio Nottingham, BBC Radio Shropshire, and BBC Radio WM, he has been warm-up acts for big names such as Eric Clapton, Mark Knopfler, and Ellie Goulding and has been a mainstay support act for a number of recognisable acts such as O’Hooley and Tidow (love these ladies), Steve Gibbons, and Alice Gold (and many others). Rob has attended a few festivals too and has previously launched a debut album entitled “Robert Lane”. He is currently touring (details here) in preparation for the launch of his work “End and Starts”, a new seven track album on 26th March 2015 by Fish Records (see here), so how is it?

In terms of the content of the album, Robert Lane’s voice feels relaxed and the disc’s character is equally breezy which has wide appeal. This matches the idea of a Spring release, something that feels like a disc which is bringing the cheer back after Winter. There is an easy-going nature that permeates the songs here despite the content being about loneliness, murder and separation- it is all communicated in a way which is easy on the ears. For a potentially introspective and weighty collection of topics, the artist brings the sensibilities of pop and blues rock to keep the music train moving without dwelling for too long so listeners who prefer the cheery side of melodies will be at home with this disc. It is not unusual for an album to be like an extension of an artist’s personality and, if that is the case here then it portrays a singer who recognises obstacles ahead but is an old hand at keeping optimistic and seeing a way through. Listeners who are looking for an uplift and instant impulse to dance will certainly find a lot of appeal in this album, it is not looking to explain or explore life’s ups and downs in detail, it comes across with the primary purpose to entertain (which it does as it shares it’s take on life). How about the songs? 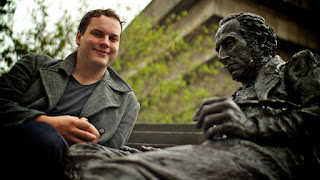 There are seven tracks on the album, there are four which I will mention in this review.

The first track, “My Love’s in Deep” is a toe-tapping crowd pleaser that gets the disc started. It is upbeat and sways along in an optimistic manner, a bit like the PRS for Music song from the artist “Peace” I keep hearing when I go to the cinema. The difference is that this song has much better lyrical content and has a bit more character. It sets the scene quite nicely, the electric guitar accompanies and it ticks the boxes for audience participation with it’s gently encouraging lyrics, “you took me for dinner.. you wouldn’t let me pay.” It is a soft-rock track sang with enthusiasm that welcomes the album to the listener. Track two, “Break My Heart Blues” is instantly recognisable as a blues track with it’s warm riffs, sharp guitar interludes and a that voice that wraps and pulls the guiding lament through. Rob’s voice is both likable and young, “I’ve gone through hell, and I’m not doing so good.. and you know this time.. I really thought I would” and has the means to satisfy the most ardent fans of acoustic stylings. It serves not as an outright challenge to the music world or making a big claim; the song’s laidback and light touch gives it the feel that it would be played in a set after the crowd’s attention has been grabbed and the artist is seeking to keep the crowd with him, and this it does accomplish. 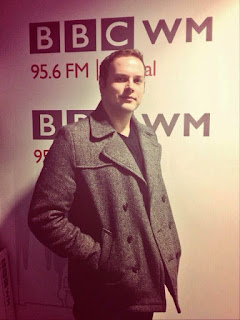 “Alone Now”is a bit different. It is a the mix of Blues and 50s rock but there is an on older kind of ballad influence coming in compared to some of the previous tracks bringing some versatility to the singer’s range. Rob’s voice is a little different here, he is almost hearkening to Roy Orbison except with a more minimal, less orchestral backing. For some reason it reminds me of Mud’s “Lonely this Christmas” (title lyric similarities aside) as well or more recently in folk music some tracks and attitude from Marina Florance’s latest album; it must be something to do with the reverb on the vocal track of the radio cut that I heard for the review that gives it a different feel. It is a good indicator that Rob will be good at live performances (thought I admit I have not yet attended). What it shares with the other works mentioned is a sense of the yesteryear and showmanship, and potentially through further lyrical craft, a leading aspect of his musical self.

My favourite track on the album is Teardrop Tattoo. It is a funny old song which amuses and intrigues on a number of levels. I’m not entirely sure if it is meant to be taken as pure comedy especially as it is a song about a murderer but there is something about the song which entertains enormously. Throughout the album you become accustomed to Rob’s voice on the lighter, calmer side of things, then a song about a guy looking for victims comes out of the blue! It intrigues though because as he is reciting his own mantra, “I’m evil.. so evil.. just lock me away” you are not sure he could hurt a fly following his previous songs of love and loss. So far he hasn’t made you feel like he is a cold-blooded killer as the pace and mood of the guitar is quite sanguine, particularly on this track. But then on the other hand, Rob sounds a bit like Ed Norton, an actor who pulls off some of the best “crazy guy” roles without sounding like the grim reaper or looking like a body double for WWE’s The Undertaker, so a dilemma is brought about. I really like the track as it feels like a folk song that might turn over into a Tenacious D song within incredibly short notice. In the midst of a fairly sensible and serious album it can be seen as a glimmer of an emerging talent for characterisations that go outside his own natural voice and presentation. It is the song I will remember the most from Ends and Starts. 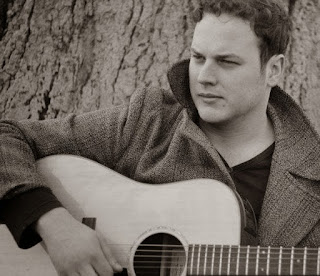 You can tell Robert loves what he does. The album is consistent in it’s warmth and widespread appeal and has a knack for bringing with it a sunny disposition. It is relaxed, not in the sense of amateur jazz, but in a confident, modern performance from someone who clearly has a passion for the Blues and it’s powerful musical influences. There are no gimmicks on the tracks, they stand as they are so if you are keen on getting in knots with symbolic lyrics and the use of detailed commentaries of life from your music, you will not find that as much here. If you are a person of action who knows what music you like and sees gigs as an opportunity to get up and dance and have a good time, then Rob Lane is for you. The album is full of good cheer, the music is clean, approachable and Rob himself is enviably upbeat with a voice that is crystal clear. So what is there not to like?

Check out the sample videos below, have a listen!

Details of Rob’s current tour are here, his date at Birmingham Museum and Art Gallery on 26th March is the album launch date.. if you like what you hear then get down there as soon as possible! More details of this here.

For more details about Robert, go to his website at:

All photos in the above post belong to their respective owners, no claim of ownership is asserted or implied in their inclusion he