Iona Fyfe (and band’s) “East” EP has been out for a while; since July 1st in actuality.

Four months have passed, the leaves now fall and the darkening has already beckoned. When the cold weather truly starts I know several people who will be looking back and lamenting the loss of the sun. The only lament I have is that I did not share my experiences of this disc by Iona Fyfe sooner. As an individual with an incredibly thorough interest in the new and developing folk sub-genres, I am surprisingly growing an appreciation for the traditional as well (yes, I  will admit it is not my first folk of choice). It is certainly encouraging to see these forms being reproduced and continued with younger artists, and it is done with an honest passion here. Iona’s tour has now ended and the whirlwind of heather breeze has settled, so I would like to look back at this release and let you know what I thought, but first who is Iona Fyfe and her band? 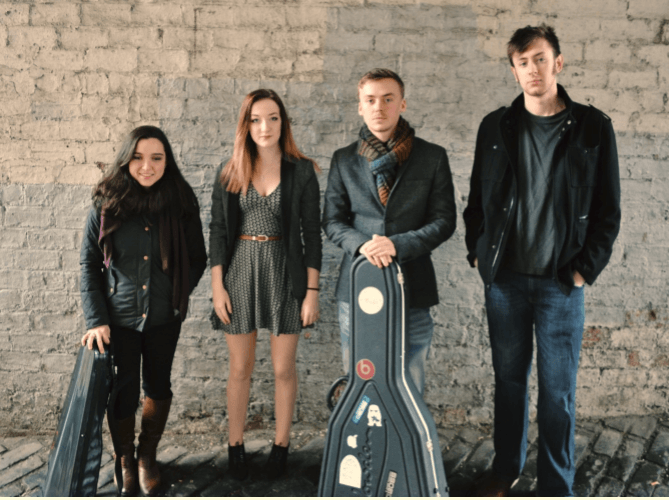 Iona Fyfe is a musician, a young musician who is blessed more than her namesake (which means “blessed”). Through Scotlands’ youth art programme “Time to Shine” she has made an impact on the folk circuit from Prestonpans to Dalbeattie on tour, was a semi-finalist for the BBC2 Young Folk Award in 2015 through interpretations of traditional songs (in particular ballads), and a BBC Radio Scotland Young Traditional Musician of the Year 2017 Finalist. It is a growing profile and clearly must be a source of pride for the traditional scene in Scotland and the UK as a whole. The band consists of Iona (vocals, piano, Shruti box), Charlie Grey (fiddle, tenor, guitar), Chris Ferrie (guitar, bodhran), Callum Cronin (double bass), and Ross Miller (border pipes). A folk-rich variety of instruments (particularly the Shruti box, love the sound of this) there are some interesting opportunities within this Gaelic assembly; the tour for the most part is over, but there are some dates coming up early next year (see here) so with all that being said how is the EP? 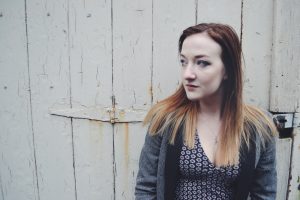 The first track “Sleepytoon” (Roud 3775) is an Aberdeenshire “bothy ballad” often sung by farm servants of their wages and lives that helped during tasks they performed through the day. There are a few striking things in this track which draws me to it alongside the possibly satirical content of the “hard-working farmer” such as Iona Fyfe’s voice and the great interplay between double bass, bodhran, and fiddle. It is said that much of the magic in folk is in the arrangement, particularly as there are so many good singers out there and it becomes a legendary quest to categorise and describe these competing talents. Iona’s voice is like a graphene butterfly, delicate in form but strong in flexibility and character. She draws a lot from the track and an undisguised reverence for the material in her intonation, a fluttering, melodic Summer shawl of colour. The fiddle finds a characters in few dark corners to get dancing too, the bodhran lays down the cobbles for a wonderful mountainous trek too. 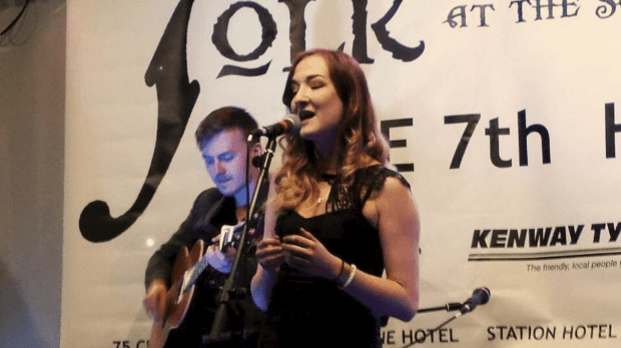 More contemporary sounding but sharing in the “bothy” status, “pride of Aberdeen” follows the story of a girl orphaned at 11, engaged at 17 and unfortunate to pass away in the same year. Not an uncommon story, one that in a similar vein resonates even into the pop world with “The Trees They do Grow High” it has a consistent undercurrent of energy and is peppered with an almost modern sounding Country accompaniment. Track three’s “Queen Amang the Heather” broods quite a bit more. Under the established fiddle we have a love ballad that is bolstered by Iona’s piano. It paints the picture of seduction well, Iona’s interpretation feels fast-paced and at certain points in the track seems to veer in another, exciting direction as like when malting barley, it turns and catches your senses. “Cairn o’ Mount” is an Aberdeen song covered fairly extensively by tradition bearers. The instrumentation falls away here, Iona’s voice is the vehicle for a fine blend, a budding surge of a number that displays her voice as a fresh, charismatic call to history. “Bonny Udny”, the final track is a different kind of tradition, namely one making reference to Udny (the village in Aberdeenshire) and the love of the character’s life. Slightly epic in terms of ballads it starts out as a quiet piano reflection but later is a marriage of the pipes, present guitar and a fiddle chaperone. The solo instrumental at the end is something to particularly look forward to here.

Alongside “Sleepytoon”, “Earl Richard” is a favourite on the album. A song covering part of an epic story about a woman killing her ex-lover who previously jilted her and is in keeping with the remainder of the tracks with it’s myth and history but extent of the song’s movement to England and across the water explains the scope of the material has traditionally had. The pipes are strong with this one, it is performed with character almost like how you might imagine it told over a campfire, gestures and all. Also, what is not to like about talking birds? A sustained number which benefits from keeping up the pace.

The Iona Fyfe Band in performance here have convinced me further of the intrigue lurking in Aberdeenshire, of the annuls of history and the dark secrets of lovers, farmers and the land. The land seems so far up and away from me, but a piece of it has now come to me. It is traditional folk indeed, but with a particular flair and vigour that shows more than a nod to the time and land of the past.
Their music seems inseparable from the place, and hark my words this is no bad thing at all.

Fans of folk music that is rooted in the Scotland Highlands need to see what the fuss is about with Iona Fyfe, and look at the hands and hearts that many of these historical artifacts will be carried by in years to come.

There is a lot to like on this disc, it is in all senses a successful, flavoursome EP that thoroughly breathes Aberdeenshire in both reverence and quality.
If you like traditional folk, this EP is a no-brainer, if there are any left you should go and get one right now.

Iona Fyfe Band’s EP is still available for £6 through her website here, give the above videos a look on You Tube too!