With “Only a Flight Away” there is a gear change from the “Country Lane” to the “Highway Lane”. Working and skillfully taking influences from all round this is an artist who is more assured, more confident and more accomplished.

What comes to mind when you think of refinement? Fine wine, some blue coloured cheese, a hat tailored in such a way to make you look suave?

Of course it is all these things (unless of course, you have an aversion for food that admittedly on occasion smells of socks) but according to the dictionary it is more specifically, “the improvement or clarification of something by making small changes.” With Robert Lane’s latest album, “Only a Flight Away” we get a good, if not one of the best examples of fine tuning from an artist we have come across this year. Before we get to the meat of the album, who is Robert Lane?

Robert Lane is an acoustic performer and singer-songwriter who has had the pleasure of performing as support for the likes of Bob Fox and in the company of greats such as Fleetwood Mac, Mark Knopfler, and Eric Clapton. He also seems to roam close to my distant  homeland in Brum, is part of an improv group (The Improlectuals) and gives guitar lessons (maybe one day if I ever master fiddle). An artist with a few projects on the go and a keenness, his profile is growing all the time. With this latest album, Robert returns in a followup to his previous EP “Ends and Starts” from 2016 and as we have alluded to already, it is a different kettle of fish to this previous work.

Bigger in scale, richer in sound, “Only a Flight Away” is the equivalent of a ballerina putting on their shoes or Columbo putting on his dirty mac in that Lane has found a part of his character, outlook and sound that he is rightly accentuating for others to see. In creating the album you get a strong sense of direction that Lane is staring in, he has sight of the path he wants to take, and part of this path is political commentary. The album is primarily a core of songs about the relationships, identity and self-musing but every now and then Lane’s devil inside, a grinning spectre emerges to comment about certain powerful men of the world. He is a bit like the strategic boxer, he isn’t coming out with flurry after flurry of missing blows, he takes his time and makes the right shots and much like in this situation, it is more the better for it. After all, in so much media making these jabs at Trump and America can be so easy and saturating that is tired to make the same allusions over and over again. Lane doesn’t do this, he makes is matter when he does it and then moves on. 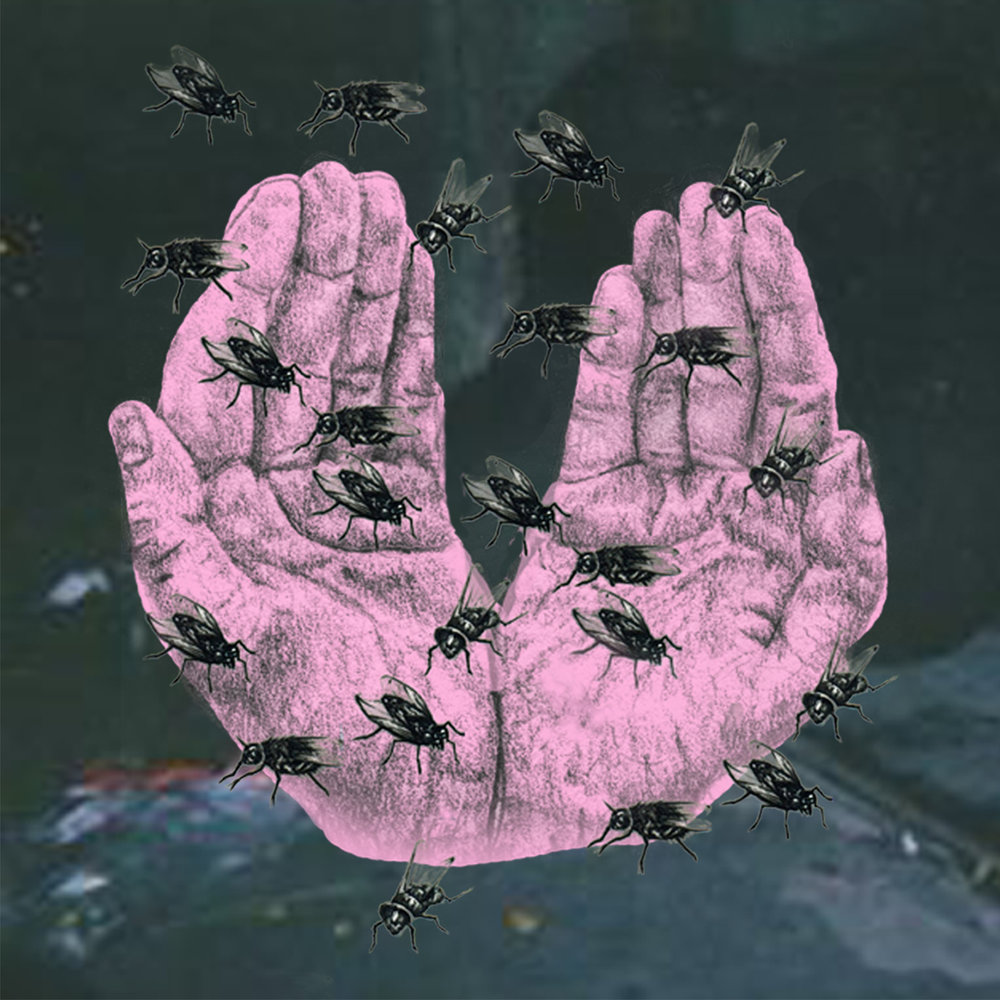 Take “Man of the Moment” (track 2), it could be seen as purely a Trump missile (especially with it’s modern trappings of “post truth”) but that aside, its gravelly, slicing guitar riffs, encircling voice and hints of percussion has more to say. Your initial sense is of the Killers at the top of their game with it’s thumping, melodic beauty but thinking about it, if the film (and book) of American Psycho wasn’t so heavily based in the 80s, this could easily be an accompanying track to that. Lane’s lyrics could easily be the monologue of Patrick Bateman’s ego trip, smirking and thinking of self love (instead maybe of the Phil Collins we got). A beast of a song and recognisable as the standout hit on the album it is a great example of how having good sound production certainly makes a difference where it matters.

There are some other great numbers too. “Baby Knows” is a clapping, blues-led number that you could drink some good (and not so good) bourbon too. A positive, warming song which, like the album as a whole, has a fond regard to guitar performance with some lovely picking here to contrast to track two’s power chords. Its not reverence to the guitar like a church setting, more like Lane and his guitar are both in a biker gang, his guitar has a skill for arm-wrestling and this song is flexing it’s biceps. Kind of chummy like he knows it’s got him out of some scrapes in a tequila bar. As mentioned, there are some claps and harmonies there and the joy of the mixing is that the guitar has a prominent place, but nothing else is drowned out in the process.. which is certainly what you want.

Another favourite on the album is “Far Too Busy.” Consciously structured as a lyrical and audio narrative, it does great things with an electronic baseline, piano and harmony. Starting as a recently modern sound (I get echoes of Lorde) it starts with a light industrial feel, maybe situating itself in a great conurbation like Birmingham. It is airy though with threads of dreampop, piano flourishes from Queen, and social commentary folk of the 60s. But there is genre time-travel all over this album, and repeated listens bring out some of the finer elements of the creation process be it the more rock opening of “The Hundred House” with echos of “Layla” and “The Good, the Bad and the Ugly” or the slightly 90’s “calling out into the darkness” Oasis sound of “Bill Frost’s Flying Machine,” the comparisons could go on. If this doesn’t sound like high praise, it is. Bear in mind we usually only get enthused with guitar if there is a song about someone dying at sea being sung over the top of it, this album does have the power to remind of the musical influences of the past and that is always a good thing. The joy of these influences are that in the album they are glimpses, much like the fleeting memory of one’s earlier days of fast romancing (or if not applicable, I don’t know maybe a great whisky you had years ago!)

So when it boils down to it, it is a varied album. Lane shows us the different shades of his guitar and  makes an earnest, successful stab at bringing a sense of fun and attitude to what he does. A series of guitar songs about relationships doesn’t always float our boat but it does here as there is a great use of the resources around Lane and in terms of polish the sound production on “Only a Flight Away” is like that of an album from a big, mega, world-touring band and quite unexpected for a more humble artist.

So as we said when we started, pure refinement.

Check out more details about Robert Lane and “Only a Flight Away” on Robert’s website http://www.robertlanemusic.co.uk/music/ and have a listen below.