Having released this debut last Friday (27th January 2017), artists Almond&Olive that consists of Natalie Alms (Almond) and Ollie Davidson (Olive) are no longer standing at the precipice but have taken a good look and lept over to meet whatever fate is on the other side. From the production, lyrics and delivery on this album, it seems like it will be a trampoline that should help them reach even higher than the mountain they started from.

A pairing which is undoubtedly  sweeter than the foodstuff mix (though I think someone will probably try it), they are a curious couple of artists together and individually doing a lot of good for charity (particularly animal charities) and their characters come through in the photography, it certainly does not look like an exercise in ego. This is just as well as the tables have turned the other way and impressively this debut has had pledged $10,000 in just 30 days of Kickstarter, and the duo will be donating some of the proceeds to animal shelter charities (see their website here for more information). Surely there must be something more than appearances and vivid photography that has got people excited to hear from them, making them stand out above other Indie Folk efforts (of which there are many)? 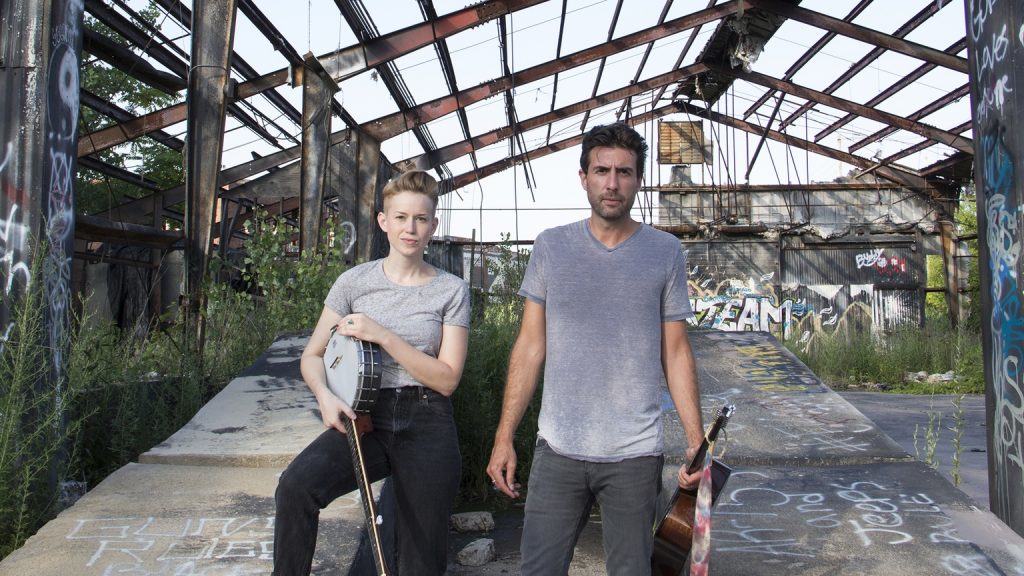 At first glance and listen without attention, it cannot really be the themes within the album.  Not to say there is anything bad in choice but relationships are a well-ridden path in Indie Folk (its probably the equivalent of songs about maidens from history in regular folk of which I’ve heard an awful lot of). But with an album such as this, which takes a lot of these issues and looks at them in earnest (and sometimes considering older love) it makes “Standing at the Precipice” sound like a well-spring as it bursts a layer of burning sand and sienna scorched rocks. It is strongly situated in youth and makes no bones about dedicating the whole album to this broad theme making it an album that speaks to those in the throes of passion, but not exclusively so. Sometimes it’s more excited, sometimes more sombre like a hint of heat delirium, it does what it sets out to do very well; there is something more here. Throughout there is an interesting dynamic of the duo,’s voices, the tracks have a varied instrumentation that fits each song accordingly, and the lyrics themselves sparkle the strongest amongst all these elements. The album has an overall feeling of being upbeat and interesting without being cocky about it, there is certainly some good, humble musicianship here to be enjoyed and admired. What about the tracks?

The first track, “We Will” is a delicate, dustbowl of a track. Melodic and catching it boasts some great instrumentation from the get go with it’s subtle banjo building into a much larger and incredibly appealing soundscape of big drum, brass, guitar and fiddle. An optimistic track that looks to two people spending their lives together, Alms’ voice is sweet with an expressive edge, a bit like buttercream which is soft and slightly grainy in all the best ways. The pacing of the track is kept with a familiar drumming and enhanced by the other musical sections; it has some fairly simple, but clear lyrics,”I will feel your heart, I will know where to start on my search.. to carry you home.” It is contentment in a song really, you can picture two older people toasting their lives and acknowledging a love that does not need to be spoken or the reasoning kind of love which imagines and pictures a practical partnership. A good opener which continues. 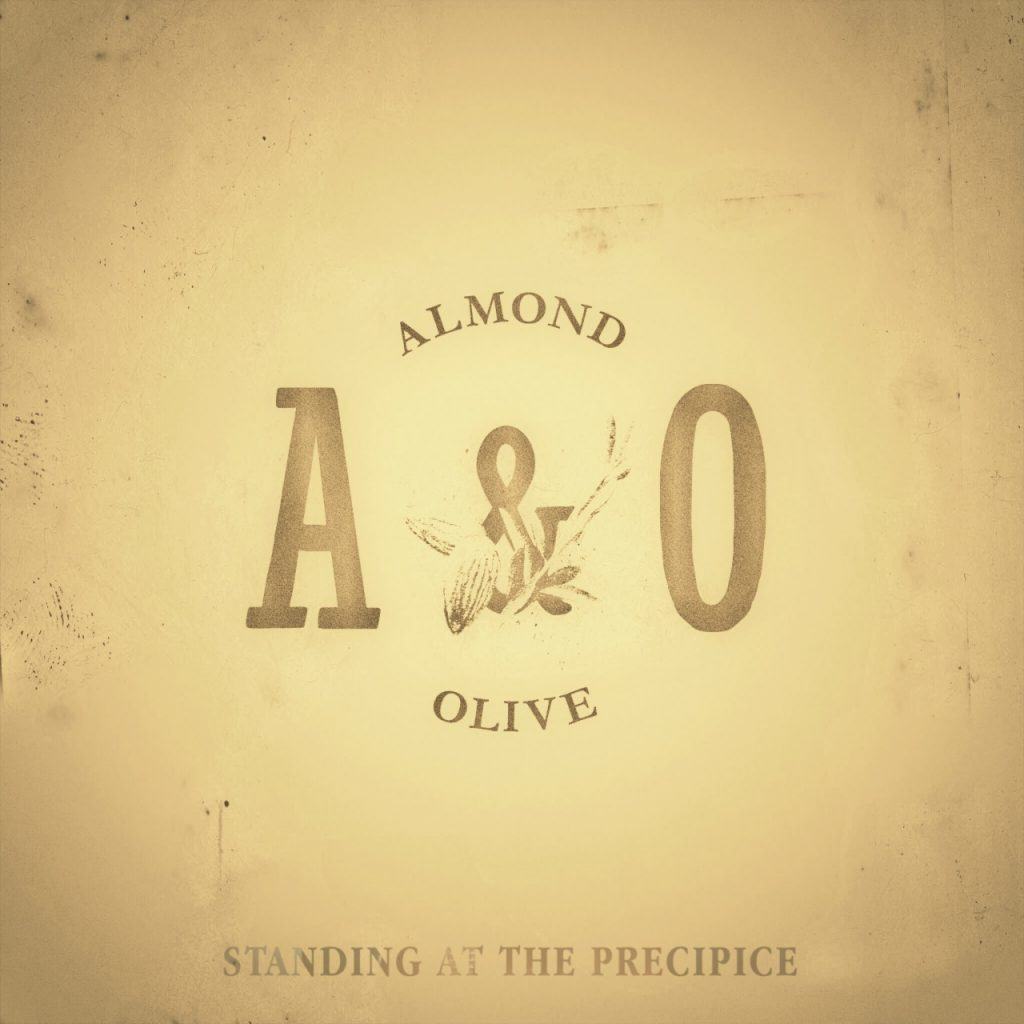 The second track, “Standing at the Precipice” wastes no time building momentum from the first track. It is full of primal sounds with a scraping guitar and a shrill harmonica bringing the slight menace of risk from hurt when in love. The imagery is rather shattering imagery as it describes this scene of emotional uncertainty in lavish and welcome detail. There are some nice cryptic lyrics too, “now the sky is getting darker, the books don’t ever explain what were looking to find,” I particularly love the small touches with this track such as the “whoops”, and the emotional yearning from the vocals.

Other songs that deserve a special measure are “Can’t Stop” which has a strong bassline, along with a precise steel guitar that rolls with heat through heat through cactus adorned sandscapes. The lyrics are particularly reaching and poetic on this track, “I won’t break like a diamond in the rough, I can never have enough.. I won’t break for you” and there is a splash of a number of synth/keyboard interjections that breathe even more life into a quick number. A crowd teaser it is one of the more optimistic of the tracks on the album it will doubtlessly be a popular number on live nights.”Nadine” is another standout track. Having a change in pace there a slower drum with an excellent interplay of voices with Ollie (Olive) seemingly taking a larger role, “Nadine.. this song was a dream.. could have fooled me.” It is beautifully solemn as it explores people splitting and going their separate ways. When listening it is quite a heart-tugging number as it effectively drags up your own memories of “almost loves” and partners past to parade for your minds eye. Time does not feel like the healer in the song, but rather like a cruel needle suturing a wound which in the end might recover but hurts so much along the way. 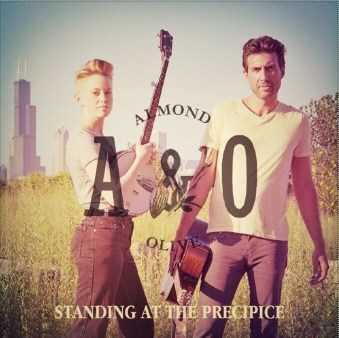 Track 7 “Long Night” is also pretty special track with it being part a welcome song, an invite to someone’s hearth, home, and life. It gives off a kind of musky heat,”welcome me to a bed of no clothes” which Alms’ voice is like a reluctant carnality, it makes the heart race and engulfs you in what is happening. It stands at opposite to “Heartbeat” the final track. “Heartbeart” is instructional, either as someone’s conscience or as one friend to another it says that “nobody owns your heart”. The arrangement is slightly sparser giving the song to breathe a little bit more than some of the busier tracks on the album. The fiddle is essential and it’s coolness is a nice way to end the series of songs and experiences felt along the way.

Well arranged and sounding really polished for a debut album, this disc has more than a shade of Americana thrown into it’s Indie Folk mix though it takes a hard Cadillac left to avoid Stateside cliche. It instead goes for an attack of the lyrical and outshines a lot of the competition with it’s well-crafted words  and an interesting interplay and rapport in voice. Like the snakes of the Hippocratic oath symbol, their voices unfurl and meet together bringing their own styles to play. They resonate with one another in a way that grabs your attention and convinces you of the strength of their work away from the corn sepia photography and modern dress, their depth is there to see beyond a mere polished surface.

Give them a try, a nice debut and an album 150 backers certainly aren’t wrong about!

You can purchase Almond&Olive’s debut here.