In Doncaster the day turned to night, the amber lights came on and Gilmore and Roberts came out, though vampires I am sure they are not.

On their 10th year working together Katriona Gilmore and Jamie Roberts are going strong, as strong as ever really. In my email inbox and those flyers you get through with your cd purchases I had seen the references, heard the signs and probably passed by much of the folk audience holding their breath as to how I had not come to listen to them. After all, the adoration from people has come from far and wide. I had heard of their recent Radio 2 Folk Awards nominations (3 times in total), their extensive support of other bands (and of course 4 albums together and numerous other projects) and like a monkey with a broken peanut was trying to put the pieces together in my mind. Even before hearing them, I felt like I would kind of have to agree with everyone especially as I often do a merry dance quite regularly with the Dovetail Trio and Kerfuffle which Jamie has a hand (and probably a foot) in.

After seeing them live I began to stop being grumpy, after all it is no understatement to say that they pretty much tick all the boxes for innovative, peerless folk music. Their arrangements are interesting, their selection of story and song subjects are varied, and every crinkle is their works are doused in myth and set alight by sparking good humour and excellent performance. 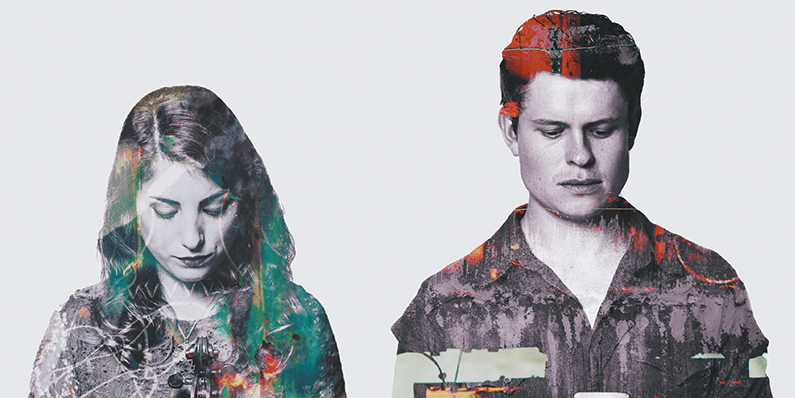 Starting their set with “Dr James” they narrate a true song about a woman pretending to be male doctor considered a “lady’s man” who was credited at saving a woman and child during labour with caesarean section. It impressed me enough that despite me being the tortoise in this folk race, I have decided to make it my folk video of the week (for other reasons too, post here). Then there is their song about a bad scarecrow “scarecrow”or the man with the with arm transplant who continues the life of it’s previous occupant (theft) in “stealing arm” . Their reach (see what I did there) is long indeed, and whilst many artists make the veil separating history, myth and society flutter in their music, Gilmore and Roberts instead bring the curtain down, let the rapture in and play a wry chorus while things are burning all around. Their attitude and chemistry on stage was relished by the audience here, Gilmore was like a coiled, cool ringmaster and Roberts like the musical guy who would know how to fix your boat if you asked nicely. Whatever their appearance was outside of my imagination, it worked really well with everyone else too and they are obviously well rehearsed.

The set wasn’t restricted to older subject matter either, we got the added pleasure of an almost debut of a new song, “All the Way to Rome” about a particularly intriguing relationship between a nun and a priest (based on American Horror Story) and it ended on “Selfish Man”, a song penned on the Isle of Man which rolls and curses and talks of torment and anger. Throughout the lighting cast a white heaven, or deathly red on the stage, in seriousness it seemed to be more rotating on a random setting but nevertheless added something. Roberts’ guitar playing was precise and leading with an emotive voice, Gilmore’s singing felt enriched and expressive, all-in-all an impressive duo to get into this festival in Doncaster.

I sadly did not get time to catch some of the other artists who were there, had I been able to it could have gone a different way, but as it stands they were the clear stand artists  of the day. I will now rush out and buy all their albums (actually maybe wait til payday).

Give them a try, but don’t wait for several years (like myself).

Gilmore and Roberts are currently on tour going all over the place, I would check them out if I were you, here.